I do not have a particularly buoyant body. As a child I took years of swimming lessons, and while I was more than competent in the water -albeit for the extra energy I was forced to exert- the moment I was asked to float serenely atop the the silky surface of the water, I sunk within seconds. And before you start wondering: yes, even in the salty, briny Oceans I sunk like a stone. For the first thirty years of my life I had resigned to the fact that I was physiologically unsuited to floating in water.

Anyone that knows Chris and I knows that we listen to a lot of Joe Rogan. You might imagine the excited glance we share when we find out someone new we’ve met shares even a casual interest in his podcast. Joe -we call him that around the house- is an enormous advocate of sensory deprivation tanks (or Float Tanks, for those of you who feel that the former is menacing sounding). Float tanks were invented by John C. Lilly (a man who has a somewhat bizarre cult following to this day for a number of experiments and avant garde thinking, but once I found out about his botched dolphin experiment, I was less inclined to become a fan).

“the point of consciousness becomes a surface or a solid which extends throughout the whole known universe. This used to be called fusion with the Universal Mind or God. In more modern terms you have done a mathematical transformation in which your centre of consciousness has ceased to be a travelling point and has become a surface or solid of consciousness… It was in this state that I experienced “myself” as melded and intertwined with hundreds of billions of other beings in a thin sheet of consciousness that was distributed around the galaxy,”

So floating was a paradoxically heavy endeavour. 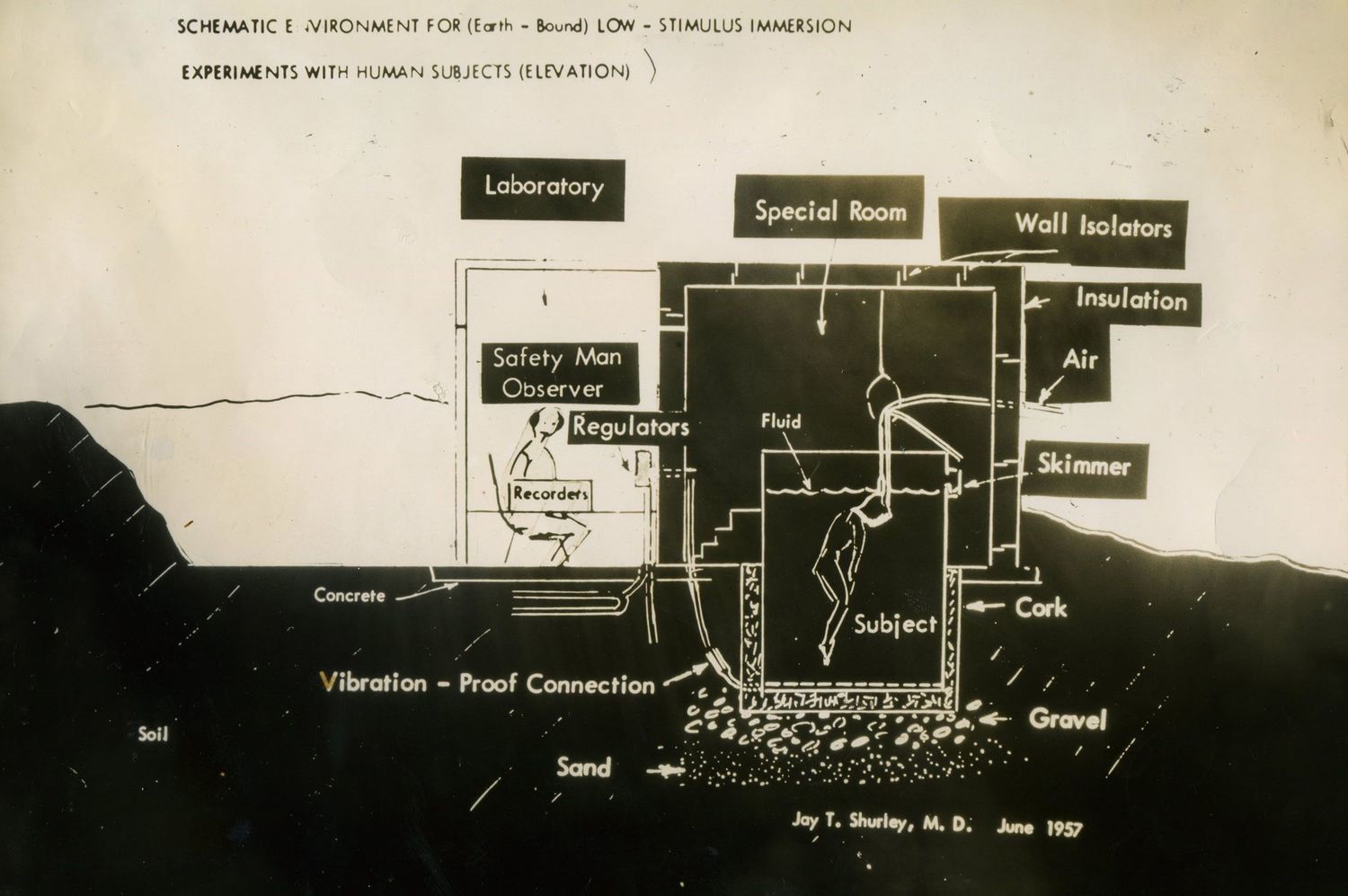 A schematic for the first ever float tank. Thankfully, much of the design has evolved.

Tanks stayed in relative obscurity for many years since Lilly invented them in the 1950’s, but in part because of the Joe Rogans of the world, they have been in steady incline in popularity for the last few years. In the short audio clip below, Joe explains the benefits of sitting in utter silence inside of a space pod filled with 30cm of water set to your body temperature and with hundreds of Kilos of epsom salts dissolved into it so that the body -even mine!- can not help but to float effortlessly:

The first time I ever floated, I spent the first five minutes laughing uncontrollably in the pod. In the echoing blackness was the first time I understood the feeling of weightlessness that most people experienced in their early years. It takes time to acclimatize in the the tank, but I can attest to having similarly intensive wrestling matches with my ego (and sometimes my patience) in the tank with results not unlike those described by Joe. Chris and I are somewhat regular floatees these days, and we highly encourage everyone to give it a good, honest try. 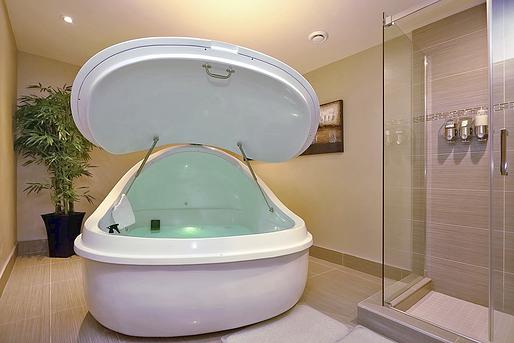 A tank at H2O Float, in Toronto

There are two float facilities in lovely Toronto which we recommend highly: for the more spa-inclined, give Float H2O a try on the Danforth. And on Queen West there is Float Toronto (Chris is particularly fond of their mint tea and glowing rock lamps). They are both great. Go! Try it. Try it for analytic problem solving, for creative brainstorming, for sore muscles and injury, for rest and restoration. As I left my last float feeling simultaneously light and profoundly rooted, the woman working the counter stopped me and told me to “enjoy your gravity.”

A float tank at the Float Toronto location